An appetite for high-quality door solutions

Mc Donald's is known for its high standards when it comes to fitting out its branches - and this also applies to doors. In the newly opened branch in Winterthur Grüze alone, Gilgen received an order for a total of eight doors. "The request in this case came from architects Valda & Partner from Winterthur. We were allowed to produce, supply and install four sliding WC doors, two folding doors and two sliding fire doors," explains Gilgen sales consultant Timon Ernst. At the same time, a new branch was also recently opened in Zizers in the canton of Graubünden with numerous Gilgen products. And now the installation of a further door assortment in the new Mc Donald's branch in Embrach (ZH) will follow. Who knows how many more Mc Donald's doors will open for Gilgen in the future?

We are very pleased that all our apprentices have successfully passed their final apprenticeship exams. 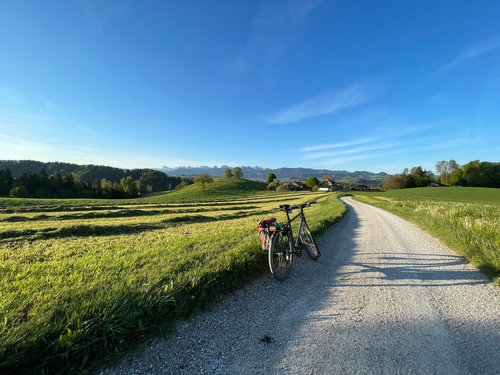 Eight teams took part in the bike to work challenge for Gilgen this year - 71% of the working days in the month of May were done by bike!

Resurrection in the Vaud Alps: the monumental Hotel Villars Palace finally reopens its doors at the end of June.

What are you looking for?