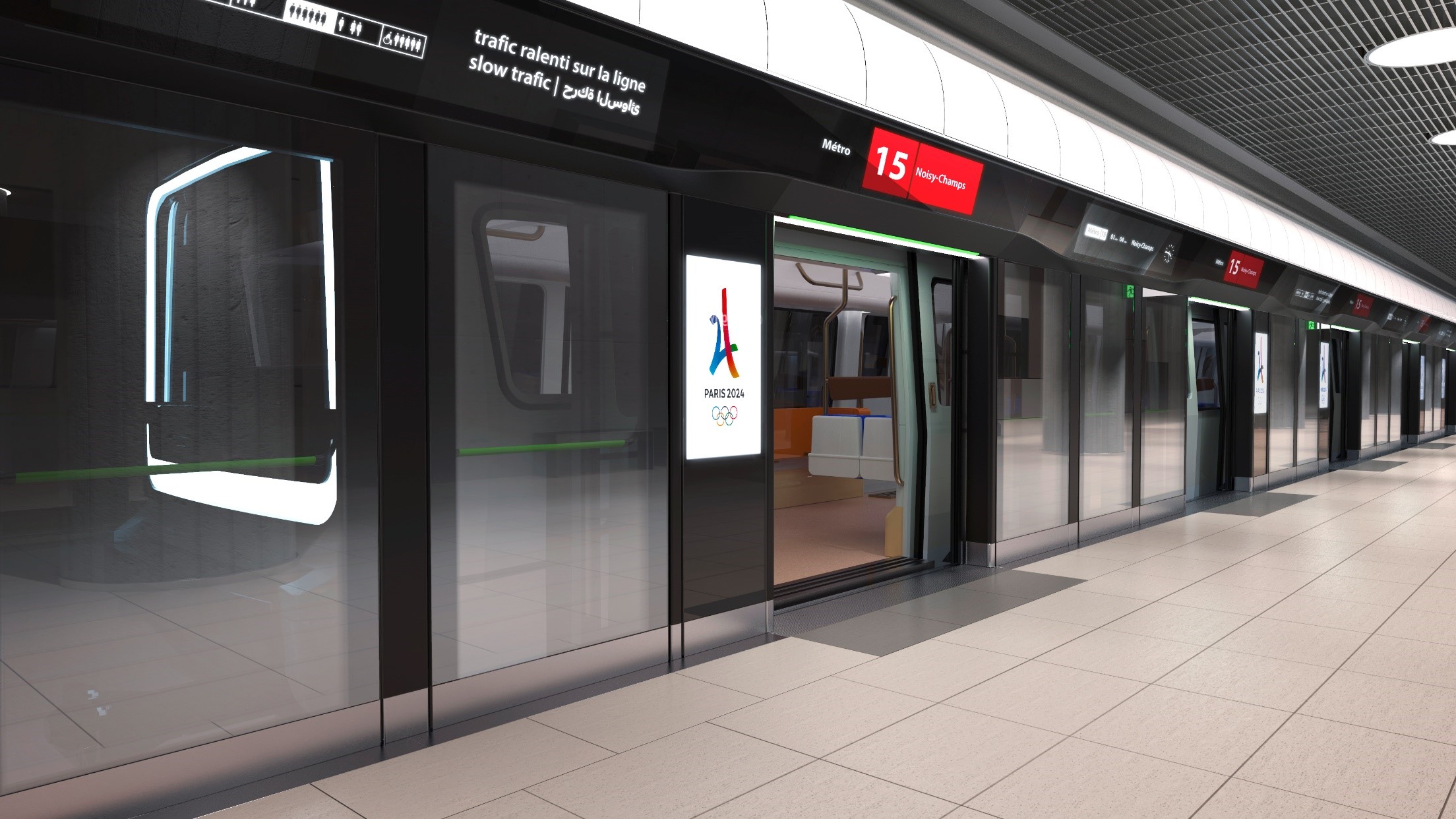 Simulation of a platform façade for the stations of Line 15 South.

The order comprises platform screen doors in 16 stations on the 15 South underground line, and is worth EUR 44 million.

The French capital plans to add another 200 kilometres to its famous underground network by 2030. This huge infrastructure project – the largest in Europe – is known as the Grand Paris Express. It includes the construction of four new underground lines in the greater Paris area, the extension of Line 14, the construction of 68 stations and the development of new districts around the future urban centres. Line 15 is particularly spectacular: this fully automatic regional underground line will form a 75 km loop around the city.

Gilgen will fit 16 stations on Line 15 with platform screen doors. Each station will feature two 108-metre platforms, and it is estimated that 300,000 people will use part of the line each day.

The platform façades are a key component in the automation of the underground line. The platform screen doors will provide greater security for passengers, and the full-height platform façades will protect them from air currents in the tunnels and therefore the dust raised by the trains. Passenger information elements will be integrated into the top sections of the façades, showing the average time until the next train arrives and the capacity of the individual carriages.

The project is commissioned and financed by the Société du Grand Paris, which is also responsible for the planning and execution. Line 15 South should begin operating in 2025. Source: https://www.societedugrandparis.fr

Contract won for the interior and exterior doors in the design hotel.

The control pillar - an extension of the Gilgen SL sliding door system.

In compliance with all measures of the Swiss Confederation, we remain operational and are there for you.

What are you looking for?